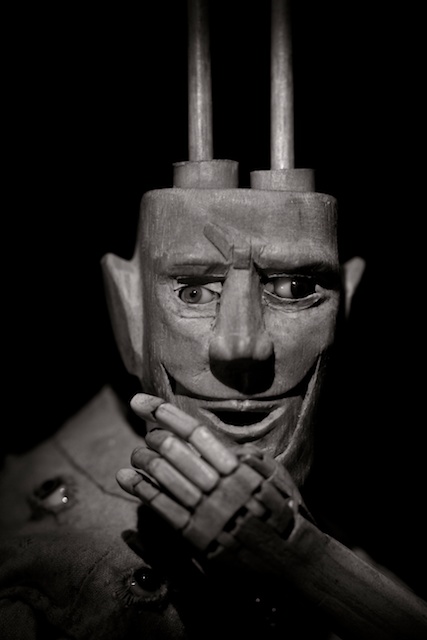 At this time, I think I’ve given about a dozen talks to various groups at the Huntington Exhibition.   The question I receive most often has to do with the eyes.   It was important for me from the very beginning to invest this group of figures with as much livliness as I could generate.

Since as human beings we communicate perhaps more fully with our eyes than in any other way, I knew that it was critical to find a method for making them a vital and changeable part of each character.  After much trial and error, which included experiments with taxidermy eyes and contemporary small-scale glass doll’s eyes, I decided that I needed something much more refined than anything I had come across so far.

The solution was found when I purchased several tiny very refined, if damaged, hand blown antique dolls eyes on Ebay.

For the most part these are glass dolls eyes from about the middle of the 19th into the early part of the 20th century. The factories that produced fine quality dolls, including porcelain dolls, up until about World War I were located in various parts of Europe, but seem to have been concentrated in Germany. Damaged parts of the dolls were frequently buried in landfills behind the factories. When World War I and World War II swept through Europe these factories were, for the most part, either destroyed or repurposed and the landfills were forgotten.

It was only eight or 10 years ago that the landfills were excavated and the doll parts, including the eyes, were brought up, cleaned and listed on eBay, which is where I obtained them. How they have been physically worked into the figures and articulated will be a separate note.