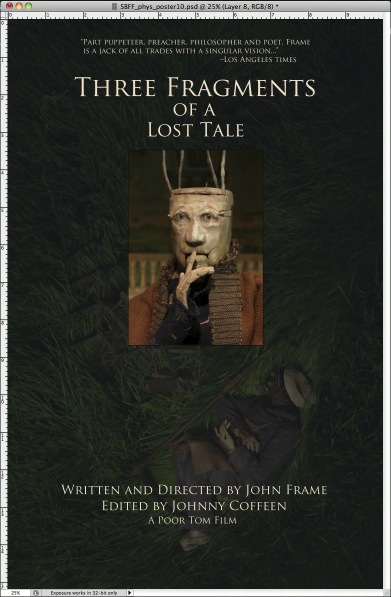 We have just launched Poor Tom Films (meaning we spent 20 Bucks to get the domain name!)   This will be what we call ourselves when we release our films from here on in.  Appropriately, “Three Fragments of a Lost Tale,” has been selected for inclusion in this year’s Santa Barbara International Film Festival and Seattle International Film Festival and will launch under the Poor Tom Name.  The Santa Barbara festival runs from January 26th through February 6th and has Honorees like Martin Scorcese, Viola Davis and Christopher Plummer this year.   The Seattle screening is on May 24th in the evening.

Our posters for both festivals have been designed by Carey Haskell.