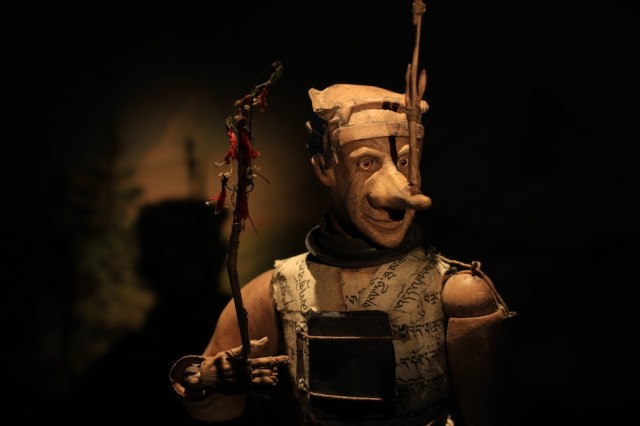 Imagine a post-apocalyptic landscape as envisioned 16th century villagers: darkness envelops a once refined civilization as the townspeople lapse into superstition. Illiteracy rises as Shakespeare’s dramas disintegrate inside a mad scientist’s library. A troupe of actors, the Tottentanzers, performs a morality play where God and Satan depict themselves on an archaic stage set. A skeleton-like torch wielder frightens off rusted citizens from breaking into the tempting Gate of Desire. (Read the Review Here)