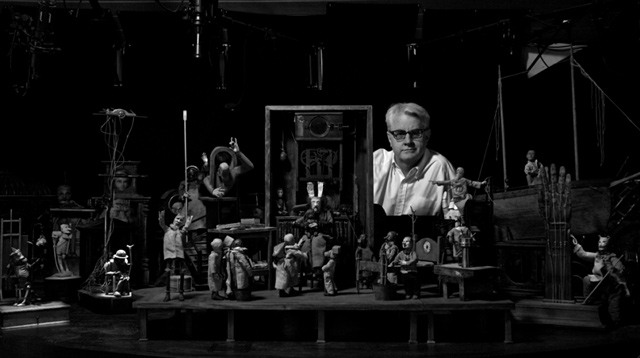 The animation and sculpture of John Frame is currently on display at the Portland Art Museum as part of the featured exhibitionThree Fragments of a Lost Tale. S.W. Conser talks with John about the process of transforming his own waking dreamscapes into the animated work-in-progress The Tale of the Crippled Boy. Back in the studio, Faux Film Festival curator Mike Shkolnik is joined by actor Barry Bostwick, who is starring in all three feature films at next weekend’s festival. And Jenn Chavez brings us the monthly film events calendar.