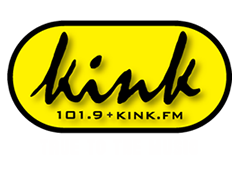 Our guest is California based sculptor John Frame who for the last five years has been working on his ambitious project, The Tale of the Crippled Boy. The end goal? A feature length collection of animated and live film vignettes.

Now on exhibit at the Portland Art Museum through May, Three fragments of a Lost Tale, presents the work on this project. It includes installations, stage sets, stills, music score and film. The self-taught Frame’s work isn’t conceptual, expressionist or crafts person per se, but rather a mix of all three led by the use of intuition.

John Frame’s characters are not meant to live under glass.

The Southern California artist has created a world from wooden and found objects that seem to whisper to audience members as they step into the darkened gallery. His show “Three Fragments of a Lost Tale: Sculpture and Story by John Frame,” opened Saturday at the Huntington Museum, Art Collections, and Botanical Gardens.

John Frame Came Down from the Mountain with a Dream

The artist John Frame has come down from the mountains with a new exhibit that came out of a dream. “Three Fragments of a Lost Tale” is at the Huntington in San Marino until June 27th. It blends found objects, dozens of eerie hand-carved mannequins, stop-motion animation, and the sets the movie was filmed on. Off-Ramp host John Rabe met Frame at the Huntington.

John Frame: The devil is in the details

I became still the moment I saw John Frame’s sculpture and video so that I could absorb the details, listen to the music, watch this master at work.

Articulate and accomplished, the California artist’s skills and talents are numerous and noteworthy. Frame carves figures from small pieces of wood, adding found objects, sewing fabric bits for the clothing and sets a stage for the characters to come alive – almost every one of the latest collection of figures is partially or fully articulated. The level of detail in his work is a testament to what can be accomplished through dedication and drive.

John Frame currently has an exhibit at the beautiful Huntington Library in San Marino, California. The exhibit, “Three Fragments of a Lost Tale”, showcases sculptures and an accompanying animation in a totally immersive environment that took Frame over 5 years to build.

Daniel Rolnik: Why did you choose not to give the characters human voices or sound effects?

John Frame: I had originally planned to do either voiceover, subtitling, or some other form of general dialogue for the characters. As it turned out the effect of the silent film with music added was the perfect choice for what I was trying to achieve. I have a very strong sense of wanting the visuals to carry the primary content, rather than adding an overlay of information that might have caused the viewer to miss the deeper meaning.

DR: How did you make the score sound organic even though it’s all performed with digital instruments?

JF: The score was generated using logic Pro. I have to admit that I’m not certain of how I managed to make it feel as organic as it does. Part of the answer is probably that I was using east-west quantum leap software for the instruments. It’s a very high-quality program and the instruments have a very warm atmospheric sound for the most part.